“The mother cows turned to look at me and I could feel that they were asking me for help. You may not speak the same language, but you can understand when they’re asking you for something. They started to vocalize and I interpreted it as an act of mourning.” 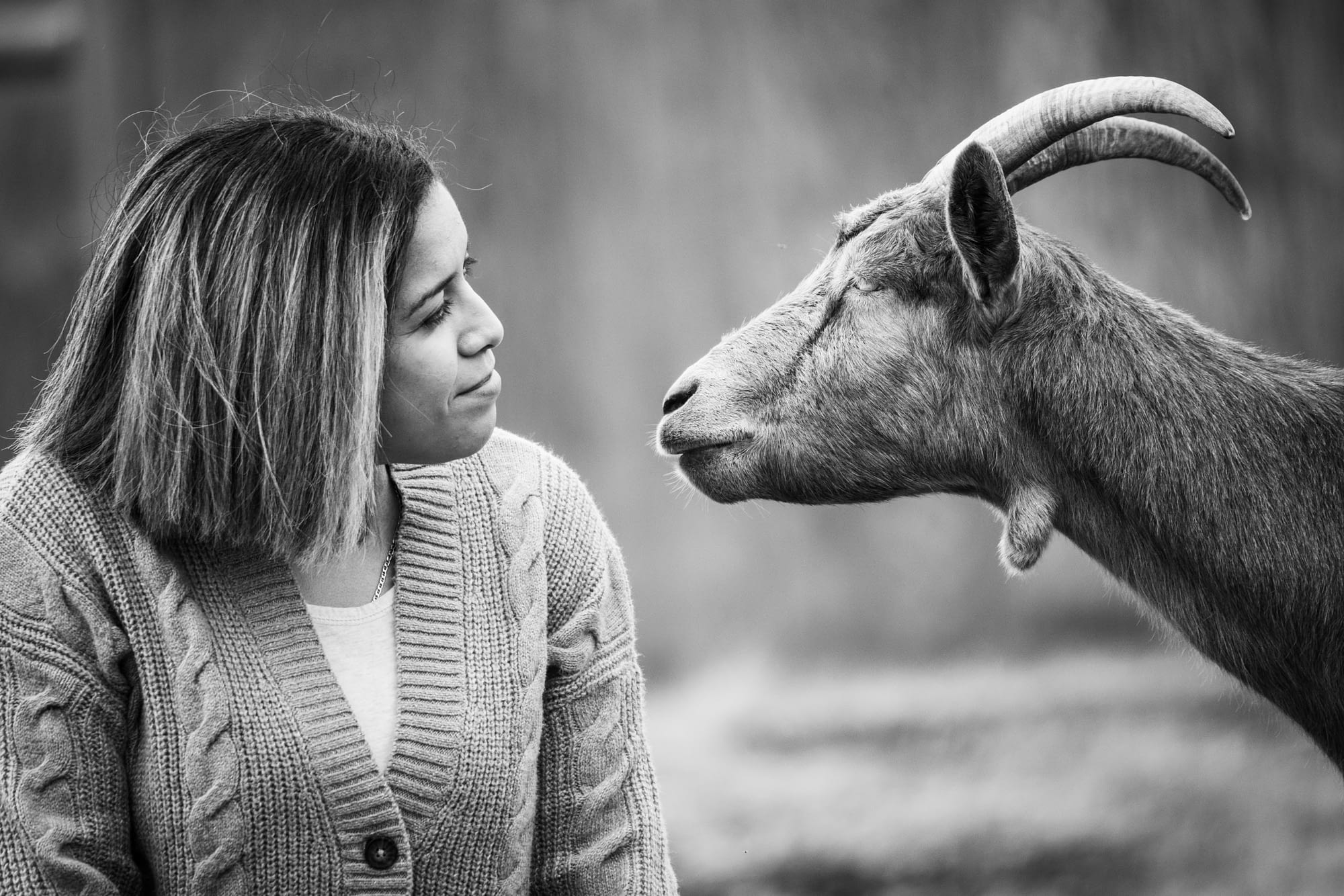 At just 25, Erin Wing went undercover and spent the next two years working at chicken, dairy, and salmon farms documenting the institutionalized abuse of animals in these industries.

She was attracted to the work because of a deep connection she felt with animals who were her companions through childhood experiences of household violence, and it was this history that convinced her she was right for the role. But even she wasn’t prepared for all that would follow.

“I definitely went in bright-eyed and bushy-tailed,” laughs Wing. “I thought: I will do one investigation that will change everyone’s perspective, and everyone will be vegan within a year.”

Now the Deputy Director of Investigations at Animal Outlook, Wing relinquished her anonymity to speak out about what she saw on several American farms, and her testimony is confronting.

Foremost in her stories is the constant presence of violence.

“Those environments are meant to take away all the better parts of yourself, all the parts that feel compassion, that feel happiness, that feel kindness, because you can’t really feel much of anything,” she says. Workers must become desensitized in order to survive.

At a salmon farm in Maine – the first-ever investigation of a salmon factory farm in America – she remembers looking into a bucket where a salmon was slowly suffocating to death. Noticing her discomfort, a co-worker tried to reassure her: “It used to bum me out, the way we kill these animals – but then you get used to it.”

It was through stolen moments with the animals – like lingering in the back area of a milking facility to show the cows a moment of affection – that Wing managed to stay connected to her humanity. When you see the animals for who they are, she says, “it’s hard to ignore that better part of yourself that says, ‘is what I’m doing right?’”

Despite the personal toll, Wing is quick to re-centre the animals. “It is all about them,” she insists.

“I describe this job as existing in solidarity with them, seeing their experiences first-hand, and coming away with the animals’ testimony.”

When asked about the worst things she has seen, Wing doesn’t hesitate – there are countless examples. She describes an injured cow being dragged and hoisted 20 feet into the air by her hips and sprayed in the face with a high-pressure hose.

In her last investigation, at Dick Van Dam Dairy, a factory farm in Southern California, the violence was visceral and constant with workers beating the cows every single day. “I was being affected in a way that I wasn’t able to control,” she remembers. “The degree of violence was pulling me back into memories, situations that I hadn’t been in since I was young. And I realized this was very dangerous for me mentally.”

She knew that her remaining time as an investigator was limited.

“I describe it as maintaining this dam inside of myself, and after every investigation there was one crack in the dam, and then another. There was no way I could keep going and keep up the facade of just being another worker. I knew that once that dam broke I would be at risk of losing a part of myself that I was afraid I would never be able to get back: that ability to connect to other animals in a way that is meaningful.”

Wing believes that the public seeing this footage will be surprised not only by the abuse, but also to discover what animals who are farmed are really like – which is precisely why footage captured undercover is such an important resource.

“We hope to change public perception of animals, and hopefully people see them as being worthy of our protection, and that their suffering does matter,” says Wing.

She recounts one night shift at the dairy farm, finding two newborn calves dead in the dirt.

“The mother cows turned to look at me and I could feel that they were asking me for help. You may not speak the same language, but you can understand when they’re asking you for something. They started to vocalize and I interpreted it as an act of mourning.”

This is one reason that the animal agriculture industry operates under such secrecy, says Wing. “They don’t want people to see that these animals are sentient, that they have family units, that they can show affection, that they are intelligent in many different unique ways.”

Sometimes footage is compelling evidence bolstering legal action against offending facilities. From the four investigations that Wing undertook, one chicken farm was closed, and the owner banned from working with animals for a year. The other three facilities are still operating.

While working in the field felt like she was shouldering the immense responsibility of the work alone, retiring from investigations has allowed Wing to feel part of a greater movement working together toward a better world for animals. “It’s what I always wanted to do with my life ever since I was a little girl.”

Looking to the future, she is excited about Animal Outlook’s new Farm Transitions program, which will help farmers transition from farming animals to farming plants.

“It’s an alternative that is offered to farmers that shows that you don’t have to participate in these animals’ suffering, you don’t need to desensitize yourself, there is another way and a better way.”

Wing doesn’t think she could ever go back to a life outside of animal advocacy after all that she has seen. And despite the horror, she still has hope: “I see the future as being very bright.”