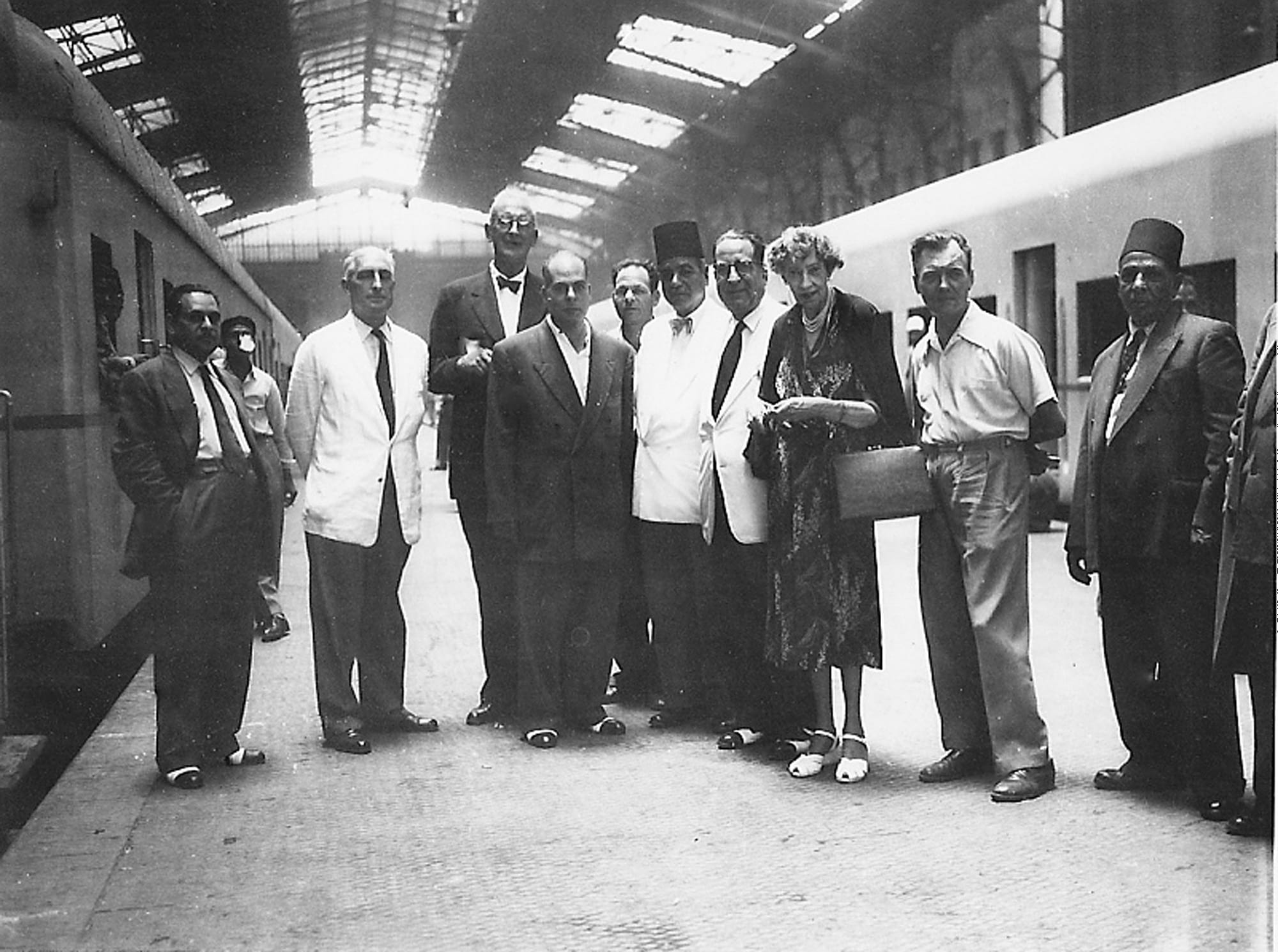 Dorothy Brooke with the staff of the Brooke Hospital for Animals, Cairo, in 1955, the year of her death. (Searight Collection)

“How I wish I could bring them back with me into a lovely green field, with trees and a stream. I always hope they find one when they wake up after we have said goodbye to them. I pray they do.”

– Dorothy Brooke, writing of the horses in her Cairo hospital shortly before her death.

B orn in 1883 to an aristocratic Scottish family, Dorothy Gibson-Craig married Major General Geoffrey Brooke, an admired cavalry officer, recipient of the Distinguished Service Order in World War I, and her equal in love for animals.

In 1930, the Brookes transferred to Cairo, Egypt, where Major General Brooke commanded the British Cavalry Brigade. There, twelve years after the First World War’s end, Dorothy came face to face with her destiny.

At the Cairo SPCA, she encountered the first of thousands of elderly, abused former war horses, survivors of millions brought to the Middle East by British forces to fight in Egypt, Palestine, Mesopotamia. Equine veterans who helped win the desert campaigns, they were then sold into hard labor at the war’s end.

This former war horse, starved and lame, had been seized by Cairo police as a neglect case, and not for the first time. Dorothy was horrified to learn that the SPCA board could do nothing if a horse was judged still able to work, even if it could barely stand. She immediately offered money for the animal, and then began a wait. Until the owner took Dorothy’s money, the horse remained his. For two days, he did not appear.

Dorothy Brooke at the Brooke Hospital for Animals in Cairo, Egypt, with one of the old war horses she rescued, circa 1934. (Searight Collection)

Each day, Dorothy drove to the SPCA to spend hours with Old Bill (as she named him). She spoke to him, and his battered ears pricked up at hearing English words. But his eyes were dead. She offered him bran mash and every delicacy she could think of. She caressed him. None of it mattered. Only when the owner arrived and took the money, and Dorothy opened Bill’s stall, did she see him brighten, as if he knew his angel of rest had arrived at last.

She had Old Bill humanely euthanized on the spot. And she resolved that never again would this happen to another horse.

Thanks to Bill, Dorothy’s dream of helping other neglected equines would be realized.

Mounting a campaign in 1931, she made it her mission to find and purchase as many former war horses and army mules as she could locate, many so neglected they had to be euthanized after rescue. Others she nurtured and saved, founding in the process an animal hospital in a poor area of Cairo, offering free veterinary care for all working equines and education for their owners.

Cover of Dorothy Brooke and the Fight to Save Cairo’s Lost War Horses.

Dorothy Brooke shown seated outside her hospital in Bairam al-Tunsi Street, Cairo, feeding one of her equine patients, circa 1934. (Searight Collection)

Following its inception in 1934, the Brooke Hospital for Animals survived the Great Depression, wars and revolutions, intrigue, and the enormity of the task set before it. And it spawned Brooke, Action for Working Horses and Donkeys, a worldwide charity aiding working equines and their owners. (Now in the United States as Brooke USA.)

“From this community of suffering,” wrote Dorothy, before she died in Cairo in 1955, “I have never tried to withdraw myself.  It seemed to me a matter of course that we should take up our share of the burden of pain that lies upon the world.”

Dorothy’s guiding spirit, through the ongoing work of the charity she founded, bears, shares and helps cool that pain still.

For more information about or to donate to Brooke, Action for Working Horses and Donkeys, visit thebrooke.org

Canadian-American author Grant Hayter-Menzies has specialized in celebrating the lives of extraordinary women, most recently Lillian Carter, mother of U.S. President Jimmy Carter.  He is also the biographer of Rags, terrier mascot of the American First Division in France during World War I. Dorothy Brooke and the Fight to Save Cairo’s Lost War Horses is Grant’s eighth book and will be published in fall 2017 by Potomac Books/University of Nebraska Press. Available for pre-order through Potomac Books or any bookstore.