“I couldn’t do this job if I didn’t have hope.” 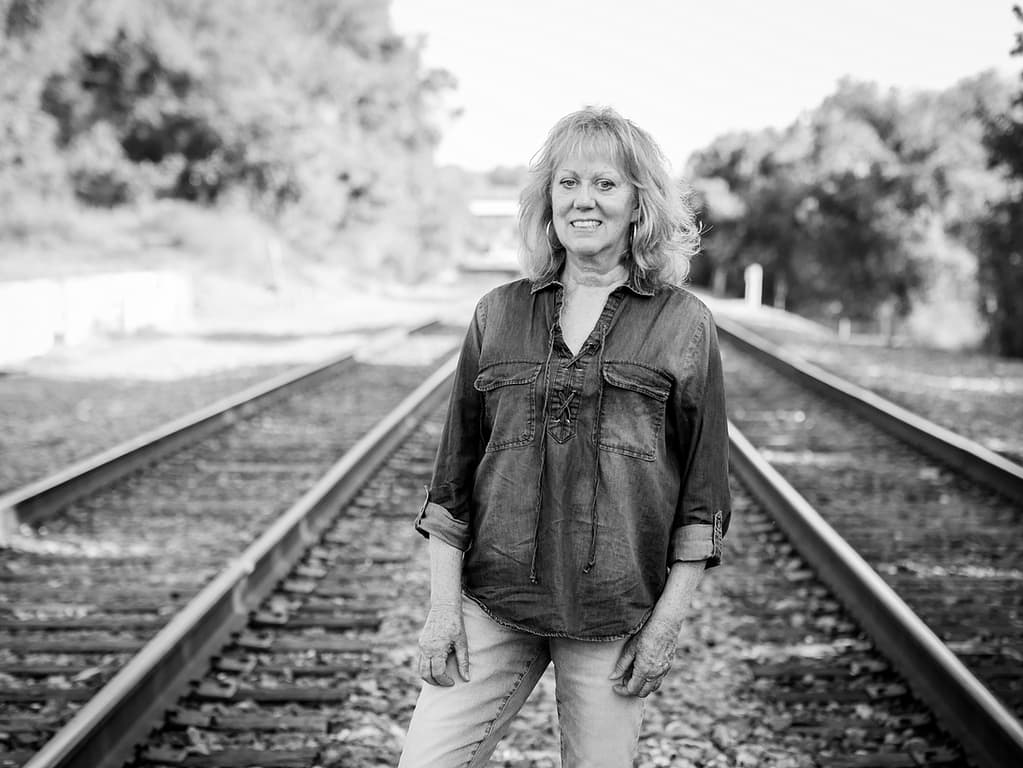 If you want to understand what it’s really like behind the closed doors of America’s factory farms and slaughterhouses, ask Gail Eisnitz.

She can tell you about the sounds—overwhelmingly loud, a mix of whirring automation and animals’ pained shrieks. She can tell you how it smells, and about the colours, and about how fast everything goes. Now more than ever, she’ll explain, the kill line stops for nothing. Not for an injured worker. Not for possible meat contamination. Not for an animal too scared or weak to move forward on its own. Not even for one who hasn’t effectively been rendered unconscious before the cutting or boiling begins.

She can tell you how it feels to stand right next to the stun operator—so close that you’re spattered with brain as cows fall. She can tell you about the fear, which she says is instantly recognizable, no matter the species.

For decades, as the public has largely turned away from the worst of what we inflict on animals used for food, Eisnitz has chosen to look. Among America’s most dedicated animal rights investigators, for years, she acknowledges, she immersed herself so deeply that her work was an obsession. While she is best known for her 1997 book Slaughterhouse (updated edition, 2006), which exposed horrific violations of federal law inside United States Department of Agriculture (USDA)-inspected facilities, her achievements extend much further.

In the late 90s, as chief investigator for the California-based Humane Farming Association (HFA), Eisnitz documented widespread use of illegal, deadly steroids by the U.S. veal industry, leading to convictions and national television coverage. In 2000, after obtaining videotaped evidence and affidavits from workers, she exposed the routine skinning and dismemberment of hundreds of thousands of conscious cattle by the world’s largest meat packer. Eisnitz was the driving force behind a highly read frontpage 2001 Washington Post article that detailed slaughterhouse atrocities across the country, which led to Congress’s infusion of tens of millions of dollars into the USDA’s budget for humane slaughter enforcement. She played a key role in stopping construction in 2003 in South Dakota of what would have been the world’s third largest pig factory—a case that went to the U.S. Supreme Court. In addition to appearing in The New York Times and on Good Morning America, among many other news outlets, her work was the subject of the HBO documentary Death on a Factory Farm. Today, she continues as an investigator with HFA.

“It takes repeated pounding away at the meat industry to effectuate any change—repeated blows,” says Eisnitz, who is thoughtful, soft-spoken and lives in North Carolina with her cat, Abel.

“I always tell myself that if you keep pounding away, change will come.”

Colleagues say that relentlessness, no matter the obstacle or cost, reflects Eisnitz’s courage and her commitment to finding truth.

“She has gone after the stuff of nightmares, and kept at it,” says Patty Finch, former executive director of the Global Federation of Animal Sanctuaries. She calls Eisnitz’s investigations into U.S. slaughterhouses “one of the most impressive bodies of work by any animal activist.”

“Doing that work for so long comes at a great personal cost to her. I know that as her friend,” Finch says. “But Gail never stops.”

Eisnitz first felt compelled to help animals as a child growing up in New Jersey. She remembers watching a program on public television around age 12 that showed two orphaned polar bear cubs looking up at the film crew in a helicopter overhead. Their mother had just been shot. “The expressions on their faces were so helpless. It was seared in my brain,” Eisnitz recalls. A few years later, in high school, she wrote a research paper on endangered species and couldn’t believe the speed at which animals were being wiped away. “After that I was definitely hooked on saving animals,” she says.

She earned a degree in natural resource conservation and began writing about and illustrating threatened and endangered species for various local publications. In 1983, she took a job as a writer and lobbyist in Washington, D.C., for the Animal Welfare Institute and Society for Animal Protective Legislation. Her next job was as a writer and editor for the Humane Society of the United States (HSUS).

But something was missing.

“You can only write about things for so long that you haven’t seen for yourself.”

“I wanted to work in investigations so desperately, but it was such a small field at the time,” Eisnitz says.

She got her chance in 1988 when she became one of HSUS’s two national field investigators. Soon she was working to expose puppy mills, auctions of badly abused horses, cockfighting, the use of “live lure” rabbits in greyhound racing, and cruelty in factory farming. Sometimes she put cases together by conducting in-depth interviews with whistleblowers or other insiders who she persuaded to sign affidavits. Other times, she got close to perpetrators and gathered evidence while posing as Carol Taylor, her undercover persona. Her first slaughterhouse investigation started with a tip from a USDA employee assigned to a Florida facility where cows routinely were being skinned alive. “He’d complained to everyone he could think of and no one was doing anything,” Eisnitz recalls.

It was a roadblock that would stymie Eisnitz again and again as she delved deeper into slaughterhouses. She says getting inside and finding workers willing to talk often wasn’t all that difficult; significantly harder was getting people in positions to help to take action, including the media, law enforcement officials and USDA regulators. Many times she convinced network news programs to run stories using evidence she’d gathered, only to have them back out at the last minute saying the material was too graphic. With law enforcement, “They’d often say we fabricated our evidence. They’d take the side of the factory farm or the slaughterhouse.” Even HSUS wasn’t interested in supporting slaughterhouse investigations or making use of her findings, Eisnitz says.

“I was definitely obsessed with getting these cases put together. I had spent so much time documenting these atrocities.”

In 1992, Eisnitz left HSUS to become chief investigator for the Humane Farming Association. It was there that her colleague, HFA founder Bradley Miller, encouraged her to write a book.

In all, she put almost a decade of work into Slaughterhouse, a first-person account of her efforts as an investigator, including while she underwent treatment for breast cancer. In addition to detailing horrendous cruelty to animals—animals routinely beaten, scalded and dismembered while fully conscious, live animals dragged around by meat hooks, animals arriving for slaughter frozen nearly solid after being transported in sub-zero temperatures—the book also explores other consequences of slaughterhouses’ lightning-fast line speeds, including meat contamination and mental and physical fallout for workers.

The book gave Eisnitz a platform to call attention to slaughterhouse violations, which she did in interviews that aired on more than 1,000 radio stations. In 2004, she was awarded the Albert Schweitzer Medal for excellence in animal welfare by the Animal Welfare Institute.

After Slaughterhouse, Eisnitz threw herself into the world of pig farming, finding a whole new set of horrors. When she finally slowed down, about ten years ago, she began to understand the extent to which documenting trauma eventually becomes trauma of one’s own.

“I was very troubled. It wasn’t pretty. I just tried to shut it out and not deal with it, which is not good, because it comes out in other ways.” For Eisnitz, that included trauma-induced illness that manifested itself in visual processing problems that she struggled to find treatment for.

“I wish I could say something wise,” she says about how she eventually healed. “I think it was just time and distance.”

One of the biggest lessons she’s learned from her decades of activism is that self-care matters.

While her pace may have leveled, today Eisnitz is as dedicated to helping animals as ever. She is focused now on reforming the USDA’s Livestock Indemnity Program, which reimburses farmers and ranchers for animals who die during extreme weather, even when farmers make no effort to protect them. She’s also currently working to shut down a large illegal slaughter operation.

As for the sanctioned slaughterhouses she spent so many years investigating, she knows some of the atrocities she documented continue.

“The infusion of millions of dollars we secured from Congress for humane slaughter enforcement has generated much more regulatory attention to the issue,” she says. “However, I did a FOIA (Freedom of Information Act) request pretty recently and it showed that animals are still being shackled, hoisted and bled while fully conscious.”

The meat industry continues to push for ever-higher limits on line speeds, Eisnitz notes, and in the case of pigs, no cap on line speeds. Driving the increases, she explains, are industry consolidation—many small and medium-sized slaughterhouses have closed in recent years—and growing demand for meat in developing countries. Lax USDA regulatory enforcement adds fuel to the fire.

At the same time, she knows her work and the work of other investigators and activists has made a difference, from hard-won media exposure, convictions and legislative improvements to the thousands of people who’ve written to her since Slaughterhouse was published to say they’ve given up animal products.

And she knows more victories for animals will come, if she just keeps pounding away.

“I couldn’t do this job if I didn’t have hope.”