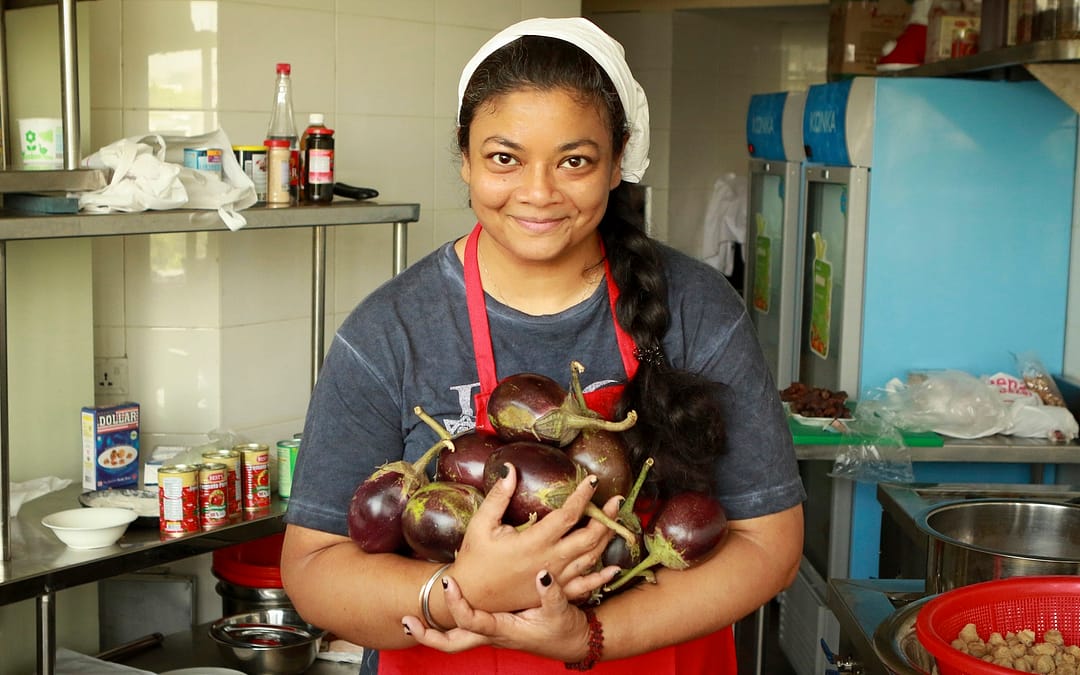 Ask Rubaiya Ahmad about her proudest achievement on behalf of animals, and her answer is immediate.

Seven years ago, Dhaka, Bangladesh’s capital and largest city, was a different world for free-roaming dogs. They were almost constantly hunted by government cullers as part of an ineffective bid to control the country’s rabies problem.

Friendly dogs, including beloved pets, were the easiest targets, sauntering over to anyone who stretched out a hand. Savvier victims were caught using badger tongs, devices on poles that clamped around dogs’ heads inside their mouths, causing excruciating pain. Cullers typically then injected dogs with poison and cut off their tails as proof of the kill. To inflate their numbers, cullers sometimes cut single tails into several pieces to turn in to their overseers.

One night, this happened to Kashtanka, a light brown, grinning dog who Ahmad had cared for since she was a puppy. Kashtanka was one of three street dogs Ahmad began looking after when she returned to her native Bangladesh in 2006 after a decade living in the United States. She was renting a tiny studio apartment at the time and felt it would be cruel to keep the dogs inside. But she’d had them vaccinated and sterilized, had bought them collars and fed them every day, and all of her neighbors knew they were Ahmad’s.

Two of the dogs, including Kashtanka’s mother, Rosha, were able to escape. But Kashtanka was young and trusting and likely greeted the cullers who grabbed and poisoned her. Ahmad remembers it like yesterday. She got a call from her building’s night guard saying that Kashtanka was being taken. She chased after the cullers and found Kashtanka in the back of their truck, lifeless, still wearing her collar, on top of a pile of other dogs.

Rubaiya Ahmad and a free-roaming dog.

It was an experience that changed her life’s focus. Ahmad founded Bangladesh’s first animal welfare organization, Obhoyaronno – which roughly translates to “Sanctuary” – in 2009. In 2012, after Obhoyaronno launched a program to sterilize and vaccinate free-roaming dogs in line with World Health Organization protocols for rabies control, Dhaka city agreed to end dog culling. In 2014, Obhoyaronno successfully petitioned Bangladesh’s high court for a national injunction against culling, as well as against animal sports such as bull and cock fighting. There are still occasional incidents of dog culling outside of Dhaka, but today, for the most part, the practice has ended across Bangladesh.

“Whenever people tell me that what I do is really difficult and that they could never do it, I just tell them the same thing I tell myself when things get difficult: that it’s more difficult to do nothing,” says Ahmad, formerly an IT consultant. “On the days when I feel like I don’t want to do this anymore because it’s too hard, I remind myself that there was a time when I didn’t do anything, and I wasn’t happy. Even the worst day of doing something is better than the best day of doing nothing.”

“Any platform that allows me to talk about veganism, I take that opportunity.”

“Any platform that allows me to talk about veganism, I take that opportunity,” Ahmad says.

In Bangladesh, even things as simple as vegan menu options are a breakthrough, she notes. She says figuring out the right messages and how to present them has been difficult, but it’s also been a big key to her success.

“We got our way by speaking in a language they understood.”

“We’ve focused very much on the scientific approach to things, as opposed to being emotionally driven,” Ahmad explains. “When we started talking about our dog population management program, we didn’t talk about animal welfare. We talked about rabies control and how many kids were dying of rabies in Bangladesh. We showed the government that how they’ve been killing dogs for 50 years has not changed the rabies situation – it escalated it, if anything. And in the end, they stopped killing dogs. We got our way by speaking in a language they understood.”

Obhoyaronno’s spay-neuter program has now sterilized more than 16,000 free-roaming dogs, and the organization recently entered into a partnership with Dogs Trust International that has allowed Obhoyaronno to expand its clinic and gain critical surgical training.

Ahmad has also taken a science-based approach in her efforts to reduce animal-product consumption.

“The less you create the divide of us versus them, the better, because no one likes to be judged or told what to do.”

“We focus primarily on the health aspect. Eventually, at the right time and with the right platform, we’ll bring in animal welfare, like we do with our dog work now. We openly talk about how inhumane it is to kill dogs, and no one questions that now.”

She says it’s important, too, for activists to see themselves as part of the communities they work in.

“The less you create the divide of us versus them, the better, because no one likes to be judged or told what to do. It helps me to remember that I couldn’t care less about animals when I was young, and I ate meat until I was 30 years old.”

The progress she sees, even when it’s incremental, motivates her to keep going.

“It’s the changes in the community, the changes in mindset – every time an animal is saved or someone chooses a vegetarian meal because of what I posted on Facebook,” Ahmad says. “It’s so funny, I’ll post something, and two or three people will comment, and I’ll think no one cares. And then the next week, five messages will show up with pictures of vegetarian food, saying, ‘Because of what you wrote last week, I cooked this.’”

As for what’s next, Ahmad plans to focus on legislative reforms to help Bangladesh’s animals. She knows it’s a tall order, but so was ending dog culling, and she says that’s been the biggest lesson her work has taught her – that nothing is impossible.

“No matter how absurd an idea may seem, if you put your mind to it, you can.”

Photos and interview by Julie O’Neill. Story by Corinne Benedict.