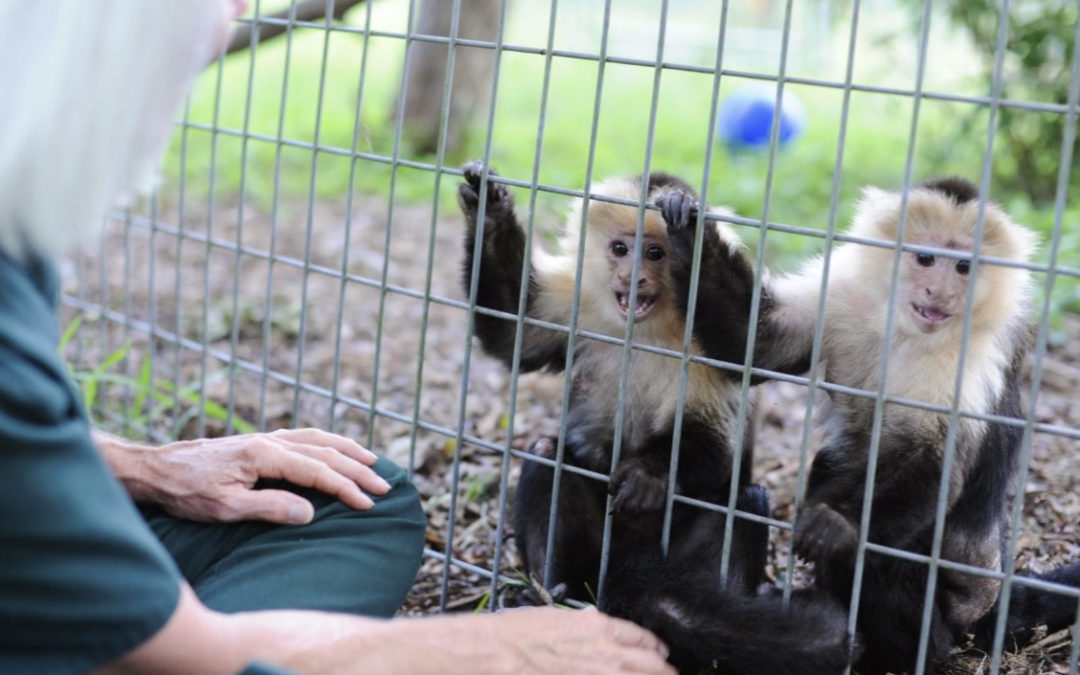 What started 25 years ago with a four-month-old capuchin monkey has since grown into the largest sanctuary for new world monkeys in North America.

Kari Bagnall was an interior decorator living in the suburbs when she stumbled unexpectedly into the world of the primate pet trade. As a devoted mother to her monkey daughters Samantha and Charlotte, Kari did all she could to give them the best possible life – learning as much as she could and bringing the young animals everywhere with her. What followed is a remarkable story of good intentions and what can happen when we have the courage to make things right. 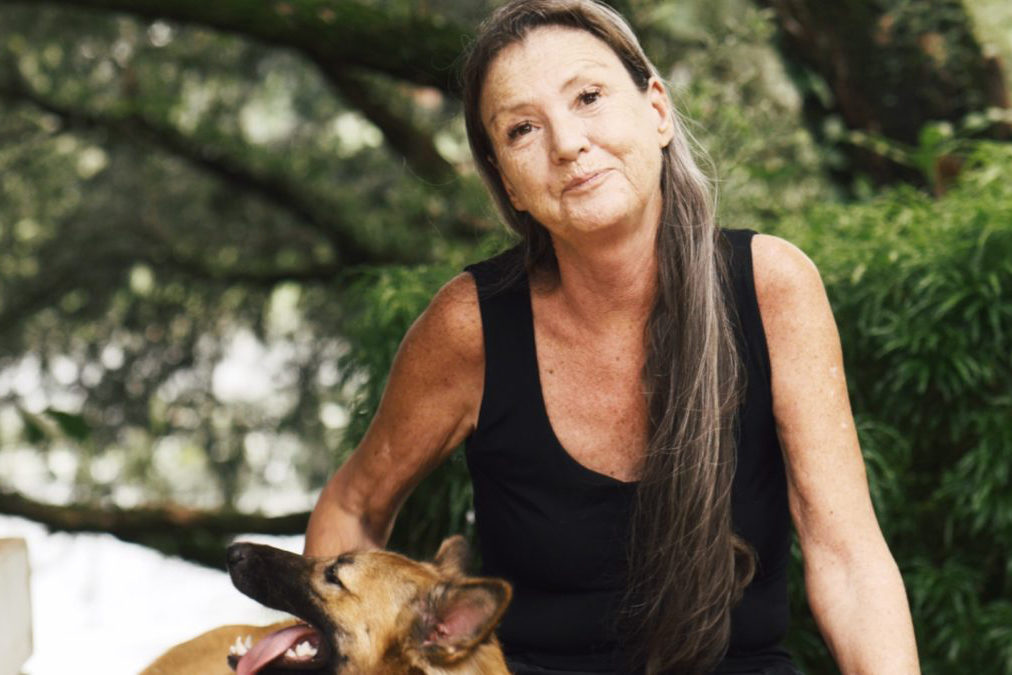 Today, the Unbound Project is releasing a new short film profiling the life and work of the incredible Gill Dalley, co-founder of the Soi Dog Foundation.

In 2003, after moving to Thailand to retire, Gill and her husband John were overwhelmed by the number of street dogs they saw living without proper care. To fight this problem, they founded Soi Dog, which now sterilizes tens of thousands of dogs and cats in Asia each year.

Sadly, Gill passed away earlier this year after a short illness. It gives us chills to see and hear how eloquently and consciously she talked of mortality and the urgency of living––all without knowing that she was living her final months. The film is dedicated to her inspiring legacy. 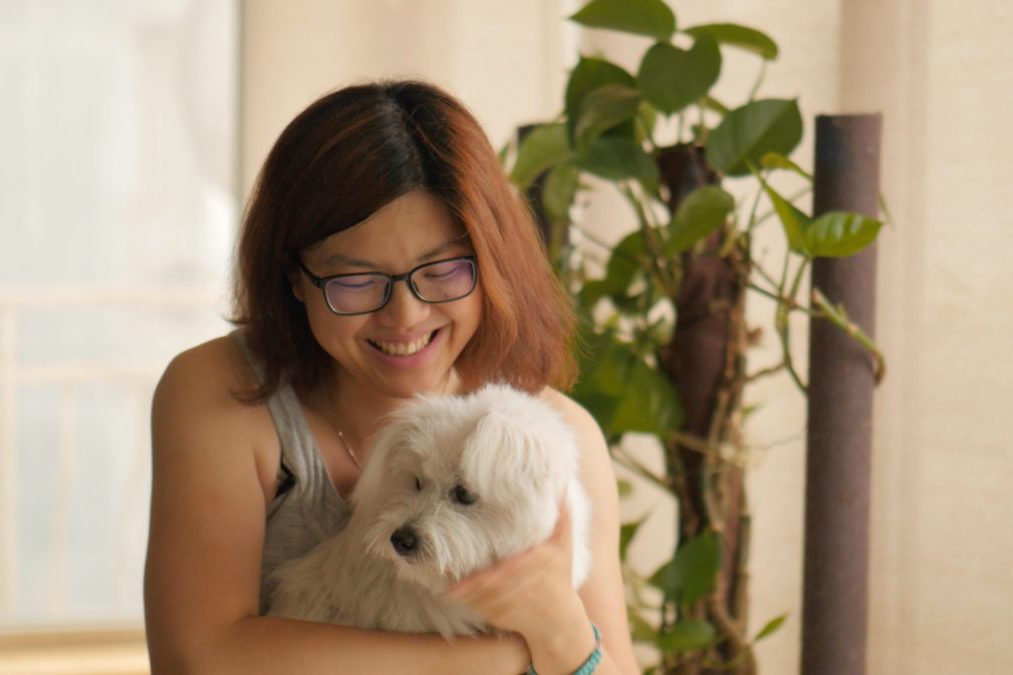 Meet the wonderful Hazel Zhang! After learning about the suffering of farmed animals in the documentary “Farm to Fridge,” Hazel became vegan. Shocked that there wasn’t much content on the subject of cruelty-free living in Chinese, Hazel started a blog called VegPlanet where she started translating foreign-language articles.

Hazel glows with a warmth and welcoming smile. As Unbound team member Kelly Guerin was setting up for their early morning interview, Hazel took the time to walk around the converted apartment office space to talk to each of her 17 staff personally while her rescue dog Baibai ran underfoot. Hazel said that she had never really had the chance to get to know an animal personally until she found Baibai in a village.

Becoming vegan, launching a blog, and raising a dog in Beijing had its challenges, but today Hazel carries herself with the confidence of a true activist, rooted in her commitment to end animal suffering and help promote the compassionate lifestyle that changed her life.

Today, Hazel’s blog VegPlanet employs a full-time staff and publishes daily original content aimed at promoting veganism in China as a conscious, positive, and happy lifestyle to a following of nearly 300,000 subscribers. 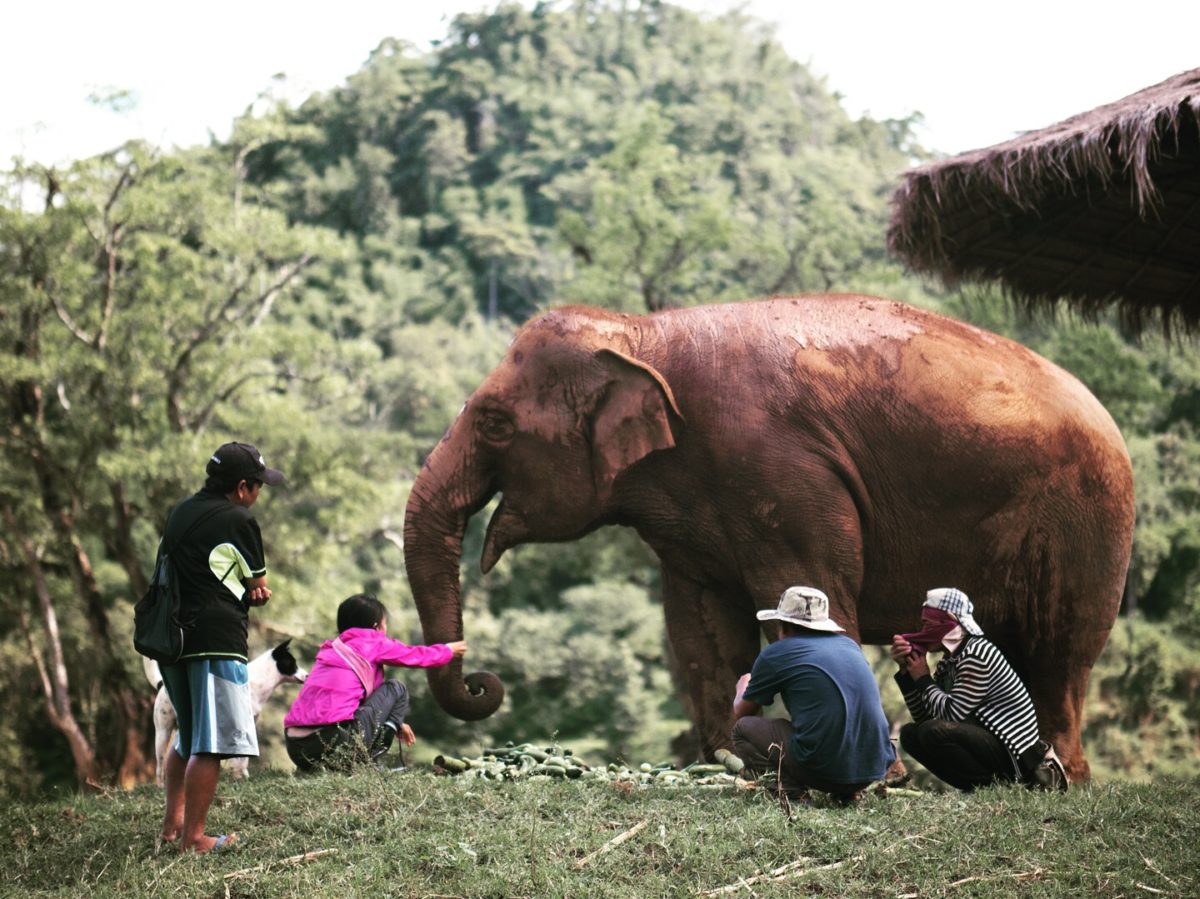 One thing I love about elephants is the positive energy that I receive from them. They forgive. They never forget but they forgive.

Her real name is Sangduen, but for her whole life she has been called “Lek,” Thai slang meaning “tiny.” Upon meeting her, it seems that the name could not fit more perfectly––her thin, five-foot frame makes her appear fragile at first glance. But follow this tiny woman into an open field of 2,000-pound free roaming elephants and she is transformed into one of the giants.The way the elephants move around Lek is hypnotizing. They bring her into their space, their herd as one of their own. She addresses each one by name as they speak to one another in separate languages with complete understanding. When they get naughty and push her jealously away from the crowds with their trunks, she laughs and scolds them affectionately, like a mother. She sits beneath their bellies and hugs their strong legs while she sings to them in Thai, and in turn they harmonize above her with deep belly rumbles. It’s only in this moment of watching them come alive that you realize you’ve probably never seen a real, happy elephant.

The few of us that have been close enough to see them in zoos, circuses, or even ridden on them for elephant trekking, have only seen what Lek calls “zombies,” or the spiritless shell of an elephant. In order to control an animal of this size and train them to pull logs or carry tourists, most young elephants must be torn from their mothers at a young age and go through “phajaan” or “the crush,” a torturous ritual involving restraining, torturing, frightening, and starving that is meant to divorce an elephant from her will to live. After the ritual is complete, she will be forever deprived of a natural life with a family, taking orders from their masters and working as a slave for human industries.

Lek Chailert first witnessed this when she was 16 years old and came upon elephants doing hard labor at a logging operation in the mountains. She had always loved animals and seeing this awoke a fierce resolve to fight to change the world for them. Ever since that day, Lek has devoted her life to rescuing working elephants by investigating their industries, forming relationships with owners, educating tourists, and, since 1996, providing a refuge to over 200 rescued elephants in a place known today as Elephant Nature Park. Although they now live in peace, many still bear the injuries sustained from years of hard work, such as dislocated hips, blindness, bowed spines, and feet destroyed by land mines. Each year, thousands of tourists come to visit these rescues at the park, looking for an elephant interaction not based on exploitation, and leave educated about the realities of those that are.

This rescue model is challenging the traditions of Thai tourism and transforming the industry into a force of good for the environment, animals, and people. Lek employs former mahouts (elephant trainer) from the industries she’s working to end, such as logging or riding camps. In addition to the elephants, the sanctuary is also home to a herd of rescued buffalo, pigs, cows, birds, cats, and over 400 dogs rescued from the Bangkok floods, the dog meat trade, or life threatening injuries in the streets. And even beyond the sanctuary gates, the trees of the surrounding jungle stand tall today because of Lek’s orange Buddhist scarves wrapped around their bases, making them sacred and untouchable by loggers and developers. Actions like these which directly contradict many other, more powerful, industries in Thailand have not been without consequence. Lek lives with the knowledge that there are those actively fighting to ruin her and the sanctuary, and worse, with the memory of the times there have been attempts on her life. And yet every day, she keeps going. 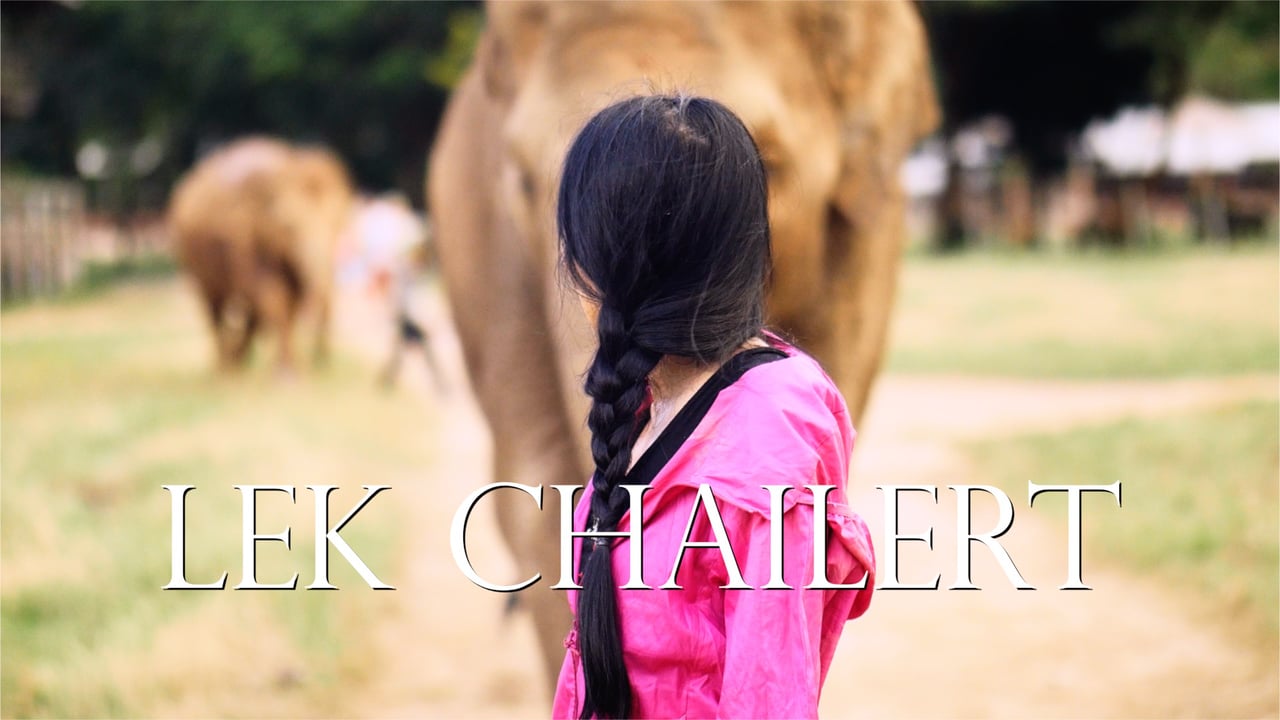 “One thing I love about elephants is the positive energy that I receive from them. They forgive. They never forget, but they forgive.”

Sangduen “Lek” Chailert has come to be known throughout Thailand and the rest of the world as “the elephant whisperer”. She has devoted her life to ending the abusive use of elephants in tourism and logging industries and is the founder of Elephant Nature Park, a 250 acre sanctuary for hundreds of rescued elephants and other animals.