“I dream of peace on Earth, which won’t be achieved until our world is vegan.” 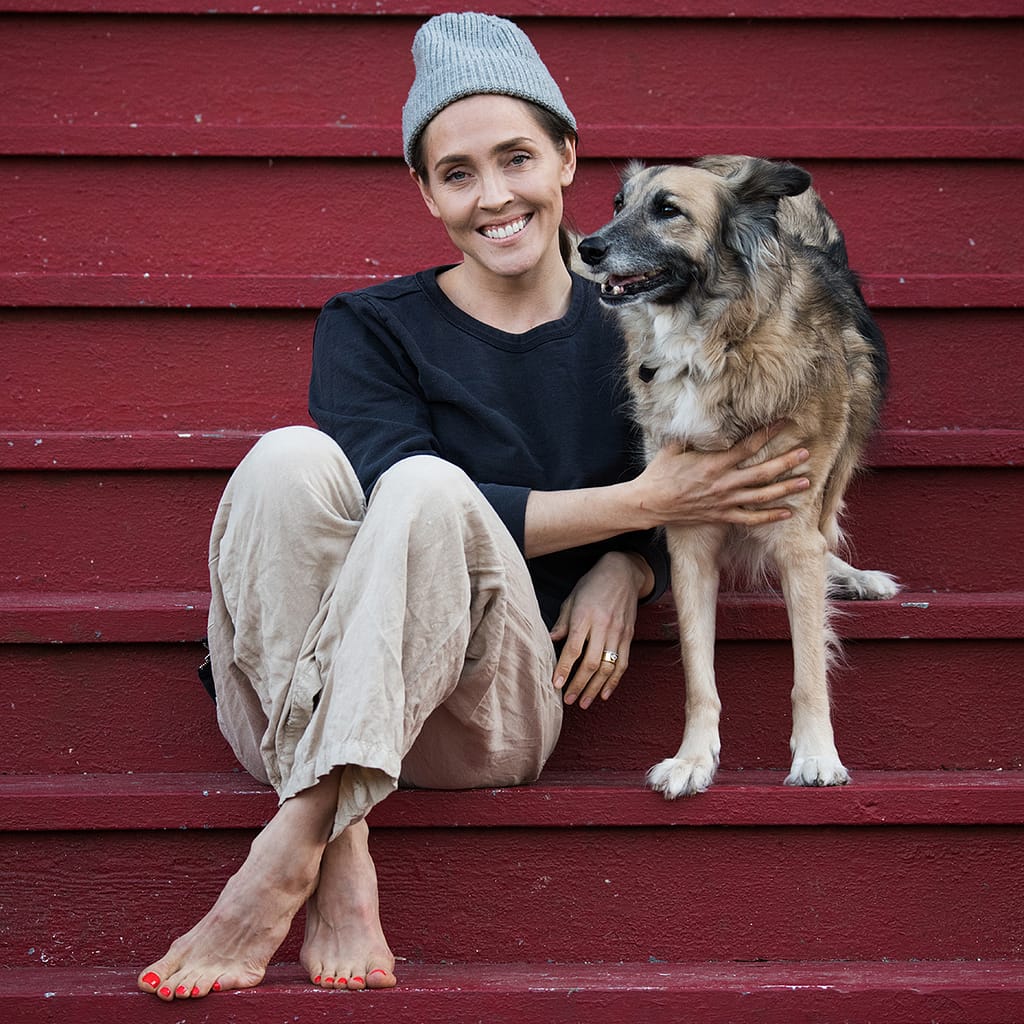 In 2011, Erin Ireland founded her bakery wholesaler, To Die For Fine Foods, almost by accident. She began baking chocolate macadamia nut banana bread as gifts for friends, who raved about the “to die for” loaves. Through social media, Ireland’s banana bread developed its own profile—getting attention from a Michelin star chef, a TV Bachelorette, the Vancouver Canucks, Dragon’s Den, and countless other local reporters. Soon, the banana bread was available in many coffee shops and restaurants, and Ireland had a small team of bakers and a driver to keep up with demand.

There was only one problem. To Die For’s banana bread wasn’t vegan—and Ireland, after watching Forks Over Knives and then Earthlings, and making the connection between the animals on her plate and her beloved dog, Effie, was becoming a passionate vegan advocate herself. Ireland worked with a local chef to come up with a scaleable solution to replace the eggs so that nobody could tell the difference: psyllium husk and agar agar. With renewed passion for the business, Ireland now supplies retailers all over Vancouver and beyond with not only banana bread, but lemon loaf, power balls, breakfast cookies, and, in the autumn, pumpkin loaf. Vancouver vegans don’t need to go out of their way to find to die for baked goods because they’re in just about every neighbourhood, and non-vegans are discovering in droves that modern vegan food is every bit as delicious as its traditional counterparts.

Every day, I wake up and think about the countless sentient animals who are being used by humans unnecessarily, against their will. My heart bleeds for these incredible creatures who are intelligent and intuitive in ways we can’t possibly understand.

With a background in broadcast journalism, Ireland also innovates as a food reporter. Ireland is familiar to many Vancouverites from her years food reporting for local media. But in a changing era of television stations and newspapers downsizing and increasingly turning to online avenues to stay afloat, Ireland has stayed ahead of the game by reinventing what it means to cover food issues. Through her website and wildly popular social media channels, Ireland reports on the best vegan restaurants, cookbooks, and companies she can find. She also shares real life tips for vegan cooking at home through her intimate Instagram stories, which feel like an encouraging friend walking you through the meal-making process. In turn, she’s offered partnership opportunities from companies whose vision aligns with her own to share sponsored content. In 2017, she was selected as one of Canon’s “One2Watch” photographers, showcasing talented photographers from across the country.

That’s not all. Ireland also organizes regular community events to inspire people to live better: Mindful Book Club, which reads books about animal rights, sustainability, consumerism, and ethics; Mindful Movie Night, screening documentaries while fundraising for various causes; and the Heartbeets Run Club, showing that athletes can be fitter and faster fuelled by plants (Ireland was a NCAA Division 1 volleyball player in college). In 2015, she delivered a masterful TEDx talk highlighting a meat bias in our food media. And in between all this, Ireland is raising her growing young family. She has many other projects percolating and we can’t wait to see what’s next from her!

Learn more about Ireland’s work and follow her on Instagram.
Photos by Jo-Anne McArthur. Interview and text by Anna Pippus.