The Women of Animals Australia

“Every day I feel that I am in the best possible position to make the biggest impact for animals.” 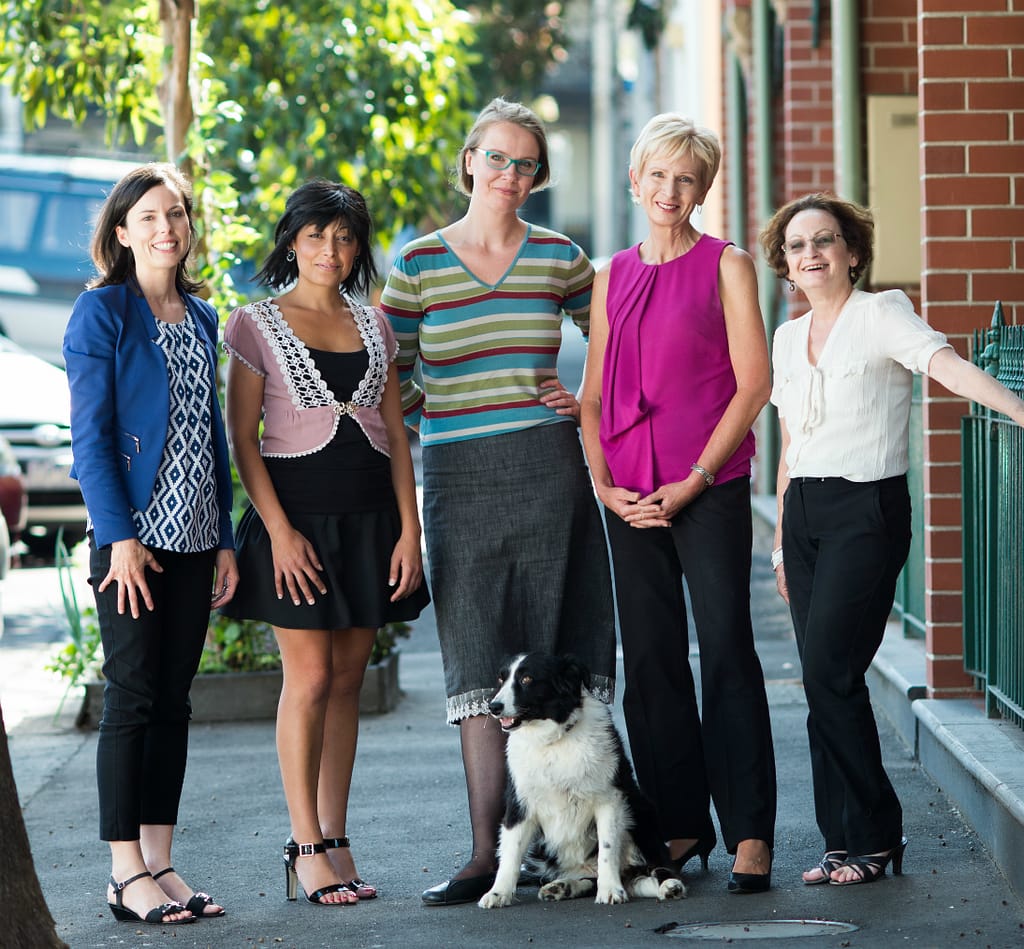 While it is a progressive country in many senses, Australia has had only one female Prime Minister since federation in 1901, and 75 percent of board positions on Australian listed companies are held by men. Animal groups have not been immune to this glass ceiling. While much of the daily toil of animal protection is carried out by women in Australia, senior leadership roles within the animal movement – as in many professional industries – are often held by men.

Not so at Animals Australia. One of the major voices for animals in that country, the group has been female-driven since its inception in 1980. Founded to provide a unified voice for animal protection groups that had begun springing up across Australia, Glenys Oogjes, now CEO, became Animals Australia’s first employee in 1983. Initially working part-time, Oogjes was drawn to the group because she believed “political campaigns were the key to reform for animals.”

One of Animals Australia’s co-founders describes Oogjes’ appointment as the best thing he has done for the animal movement – no light praise considering that co-founder is Professor Peter Singer, Australian philosopher and author of the so-called ‘bible’ of the animal protection movement, Animal Liberation.

Animals Australia has worked hard to represent and unify animal protection groups in the country’s growing movement. In her early years on staff, Oogjes performed the often-thankless task of sitting on government committees and working with policymakers to try and bring about change for animals from inside government. That work was predominantly behind the scenes and throughout the 1980s and 1990s, Animals Australia remained a little-known organization.

All that changed when Lyn White joined the team in 2003.

A police officer for 20 years, White’s life took a dramatic turn when she learned that bears are farmed for their bile in parts of Asia. That realisation led her to volunteer and then work with Animals Asia and Jill Robinson, whom White describes as an inspiration and her greatest mentor. But White would not remain in Asia forever. As her understanding of animal suffering expanded, she was drawn back to Australia to begin addressing the plight of animals at home. It was White’s skills as an investigator that would lead Animals Australia in a new direction, allowing them to gather the evidence that would be used in the organization’s now-trademark media exposés.

In 2004, Karen Nilsen joined the team as a volunteer. While the organization had an online presence, it was not yet the social media powerhouse it would become, and Nilsen’s graphic design training and experience with tech start-ups gave her the tools to make a big difference with the organization’s online reach. By 2007 she was a full-time member of staff and is now Director of Communications and Creative Services. Nilsen sees her mission as taking what Animals Australia does every day and extending it across the globe via the web. She recalls that Animals Australia “was conducting strategic, critically-needed, ground-breaking investigation work (led by White), but was struggling to scale the impact of that work for animals online. For me, that was the easy part.”

By the early 2000s, the Animals Australia team already had established campaigns on factory farming, and were now setting their sights on Australia’s live animal export trade. Within months of coming on board, White was in the Middle East conducting the first of dozens of investigations into the treatment of animals exported for slaughter.

In 2011, Animals Australia, working in conjunction with RSPCA Australia, the Australian Broadcasting Corporation (ABC), and journalist Sarah Ferguson, revealed the reality of what happens to cows who are live exported from Australia to Indonesia. The award-winning piece aired on the ABC’s flagship current affairs program Four Corners. It shocked the nation and resulted in a temporary ban on live animal exports to Indonesia, as well as finally making Animals Australia a household name.

When I met the team at Animals Australia I felt like I’d arrived home.

After bringing Chalk on board, Oogjes and White had not quite finished handpicking their dream team: next on the radar was Shatha Hamade. Having left the corporate world to train as a lawyer in order to stand up for animals, Hamade was already a well-known advocate after being named Australia’s Young Lawyer of the Year in 2012. She left a full-time role with RSPCA South Australia to join the Animals Australia team and hasn’t looked back since. “Every day I feel that I am in the best possible position to make the biggest impact for animals… Animals Australia gets results and operates without fear or favour. The talent and commitment of the team is world class.”

“There is a unity of purpose that shines through every day and we all bring different skills and knowledge to the table. In knowing that this is a difficult field, that is relentless in its demands of you, it is also an incredibly supportive and caring environment,” says White of the team. “It is a rare workplace where colleagues are also dear friends.”

In the last few years, the Animals Australia team has had a profound impact on the animal protection landscape in Australia and around the world.

One of their recent flagship campaigns has exposed the systematic and endemic cruelty that is a routine part of Australia’s greyhound racing industry. They uncovered tourists unwittingly eating dog meat in Bali. They have continually brought to light the hidden suffering of animals on factory farms and in slaughterhouses on Australian soil, and they have demonstrated time and time again the suffering of animals in the live export trade.

The work of the Animals Australia team has not gone unnoticed: in 2014, White was appointed a Member of the Order of Australia. In 2015, Animals Australia became the most ‘liked’ Australian charity on social media. They now have more than 30 employees, including team members in Europe, South America, and Indonesia.

It is a rare workplace where colleagues are also dear friends.

When asked what the most rewarding aspect of working for the organization is, each woman emphasized the privileged role they occupy and the exhilaration they feel to be working with so many other talented animal advocates, both within their own team and beyond.

We’re seeing more progress than ever before, and I’m convinced that trend will continue as smart people in smart organizations continue to work together on behalf of animals.

Oogjes takes pride in the community she has helped build, which “expands its circle of compassion each day.” For White and Hamade, it is the supporters that drives them forward. Nilsen feels keenly the privilege of seeing the animal protection movement flourish, and knowing that she has played a small part in that process. Chalk sums it up perhaps best: “There are campaign wins that invigorate us, like convincing McDonald’s to stop using cage eggs, but I think what’s most fulfilling is the journey itself, and of course the ultimate reward will be the day when there is no need for an organization like ours.”

The team knows that the day they will no longer be needed won’t come anytime soon, and they are in this fight for the long haul. Asked what they would like to achieve in the future, the list was as ambitious as you might expect. White spoke of working towards a large-scale shift in consciousness that “will make societies willing to re-examine what our relationship with our fellow species is meant to be.”

Nilsen is focused on finding ways to help others do the most good they can and building capacity and coordination within the movement. “We’re seeing more progress than ever before, and I’m convinced that trend will continue as smart people in smart organizations continue to work together on behalf of animals.”

What’s most fulfilling is the journey itself, and of course the ultimate reward will be the day when there is no need for an organization like ours.

Hamade has her sights set on working globally to end live animal exports. Chalk is also mindful of problems closer to home, nominating a ban on the use of the battery cage in Australia as one of her priorities. And what are the hopes of Animals Australia’s first staff member, Oogjes? That “community awareness and understanding of animal sentience… will lead to significant changes in the use and treatment of animals that are currently being hunted, displaced, culled,” and exploited in so many other industries. Essentially, Oogjes says that she hopes that we will come to see animals not as bodies to be consumed, but as fellow beings.