“Animals need us to be in this for the long term.” 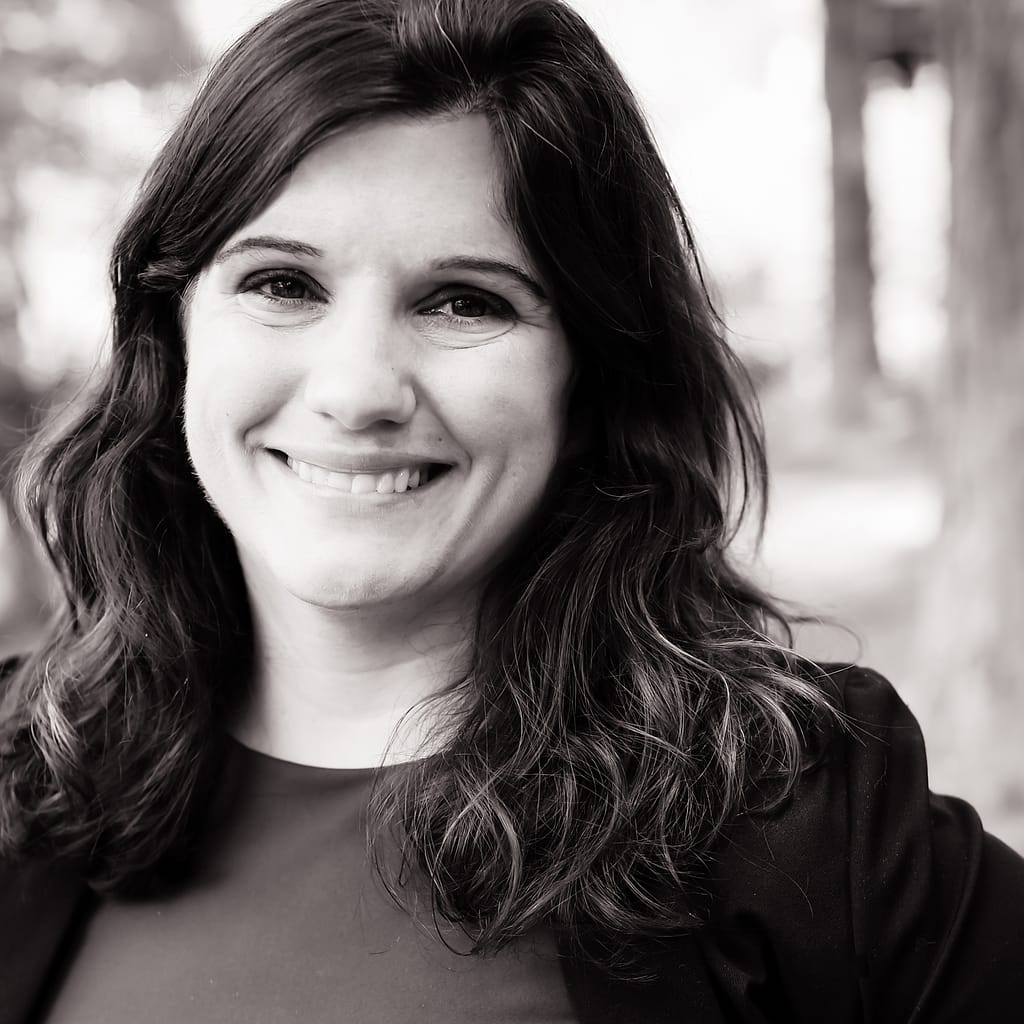 How many media outlets covered her organization’s latest action? How many people did it reach with recent campaigns? How many viewed its last investigation? How many shared it?

And then there is the number she thinks about most – the only reason she thinks about numbers at all: How many animals have she and her colleagues helped save from some measure of torture or abuse?

“We roughly calculate that we were able to impact 40 million animals in 2017,” says Núñez, co-founder of Animal Equality. “We want every hour and every dollar donated to the organization to spare as many animals as possible.”

That focus on numbers, or, more to the point, on impact, has been Animal Equality’s biggest success since its launch in 2006, Núñez says. It’s also been a huge driver of the organization’s growth into the international powerhouse it is today.

Today we have an entire development department of six people working internationally. But back then, it was basically selling hummus sandwiches.

Just how far has Animal Equality come? Here, numbers are helpful too.

Three is how many people it all started with, and zero is about how much money they had. It was Núñez, Jose Valle, and Javier Moreno, all sharing a small apartment in Madrid, where Núñez, who is Irish-Spanish, grew up. To make rent, they’d take turns working while the two without paying jobs focused full-time on building Animal Equality, then called Igualdad Animal. To raise money for their activism, they hosted vegan dinners and set up booths asking for donations.

“Today we have an entire development department of six people working internationally,” says Núñez, now Animal Equality’s international president. “But back then, it was basically selling hummus sandwiches.”

As Animal Equality grew, Núñez made a point of developing the skills she would need to lead it, including attending management courses, reading extensively, and learning from others in the movement. While she is quick to credit her co-founders and Animal Equality’s global staff and volunteers, they say her leadership has been critical to the organization’s expansion and effectiveness.

“One of the most important things about Sharon is her capacity to learn, and also her capacity to inspire others,” says Moreno. “In a world where leadership is usually based on authority, Sharon’s leadership is based on empowering the teams, creating healthy and safe spaces that allow people to grow, to improve, to make mistakes and to learn from them.

“One of Sharon’s biggest successes is her contribution to a generation of activist all around the world, with her determination, vision, courage, and audacity.”

We want every hour and every dollar donated to the organization to spare as many animals as possible.

Unlike many in animal rights, Núñez says she wasn’t drawn to animals as a child, she suspects because she never really saw them. Her family had no pets, and there were no farm animals in bustling Madrid.

While in college, she began taking an interest in social justice issues. One day, she came across a book that described what happens to cows used for dairy.

“I was so shocked,” Núñez recalls.

She went vegan overnight, and within a few months, she’d decided to dedicate her life to helping animals.

“I just couldn’t live otherwise,” she explains. “I just said, ‘OK, I need to deal with this.’”

After attending a talk by a well-known animal rights activist about the importance of activism, Núñez quickly got involved with the only animal rights group she could find in Spain, later working with groups in the UK. She was 26 when she co-founded Igualdad Animal. Valle and Moreno were 28.

“We really wanted an organization that was focused on defending animals,” Núñez says, “and we had very strong ideas on how we could accomplish that mission.”

Animals need us to be in this for the long term.

In the beginning, they focused heavily on drawing media attention. For their first action, they chained themselves to the entrance of a slaughterhouse. Soon they were lowering themselves from bullfighting rings and jumping onto catwalks where models strutted in fur. Following the example of activists like Australia’s Patty Mark, they began conducting open rescues. Animal Equality was the first to infiltrate Spanish slaughterhouses and present images from inside to the public.

“We had almost no resources, but we managed to get a tremendous amount of media,” Núñez says. “It was just understanding that if we wanted people to think and talk about animal issues, we needed to bring animal issues into their homes. We were constantly brainstorming ideas on how to do that.

“That really created a lot of momentum for the organization, and that’s how we started to build our name in Spain and get our first members and donors.”

By 2010, Animal Equality had opened its first office outside of the country, in the UK, although its efforts had long had an international focus. By 2011, Núñez and her fellow activists had made such an impact that powerful players profiting from animal exploitation – particularly in Spain’s fur industry – were going to extreme lengths to try to stop them.

That June, Núñez and a group of others were arrested in coordinated, armed raids that clearly had been spurred by their anti-fur efforts. Núñez was driving to film at a slaughterhouse with two other activists when their car was surrounded by police. Others were arrested at home, with authorities confiscating computers, cameras and more.

The activists came to be known as the Spanish 12. Núñez and most of the others spent five days in jail, with three activists remaining imprisoned for a month. In the end, no one was convicted, but Núñez considered a long prison sentence a real possibility.

“It was just incredible that the fur industry would have so much power,” she says.

In 2014, based on its philosophy that its efforts should impact the greatest numbers of animals possible, Animal Equality made the decision to focus exclusively on those raised and killed for food.

I’ve been inside hundreds of farms. I’ve seen mother pigs in crates giving birth and their babies just falling on the floor, with the mother pig unable to reach them. It’s horrific.

Today, the organization has presented more than 80 investigations from 700 farms and slaughterhouses in 13 countries, including several virtual reality videos. A top-rated charity, its campaigns, legal advocacy and corporate outreach have led to cage bans, farm closures and cruelty convictions.

Besides its focus on results and on high-impact media actions, Núñez says Animal Equality’s international approach has been key, as has the organization’s flexibility.

“We always say we only want to do what works,” she says, giving Animal Equality’s position on welfare campaigns as an example. Originally, the organization strictly advocated only veganism.

“It was through analysis and seeing the impact that welfare campaigns were having for animals that we were able to question our strategy. Today we have an incredibly successful corporate outreach department because we were flexible.”

Investigations have also been crucial, helping Animal Equality become known in each of the countries where it works. But Núñez adds they’ve also been the hardest part.

“That’s definitely been the most difficult thing for me,” she says. “I’ve been inside hundreds of farms. I’ve seen mother pigs in crates giving birth and their babies just falling on the floor, with the mother pig unable to reach them. It’s horrific.”

She still takes part in investigations, but not at nearly the pace she once did. She is now based in Animal Equality’s 10-person Los Angeles office, although she is often on the road or in the air, visiting other Animal Equality offices and speaking at conferences and events.

Her advice for others in the movement? On leadership, she says constantly seeking to learn has served her well.

“It’s an ongoing journey. I still think I have so much to learn and improve.”

She adds, “I think the most important quality in a leader, though, is respecting others, and I try to practice that every day.”

For handling the many stresses of working on behalf of animals, she encourages patience, perspective and self-care. For her, that includes daily meditation, less time spent on social media and more spent outside.

“Animals need us to be in this for the long term,” she says.

As for what that looks like for Animal Equality, “I just hope we continue being impact-oriented and flexible,” Núñez says. “And future successes will come from that.”