“The best work is always done when there is passion.” 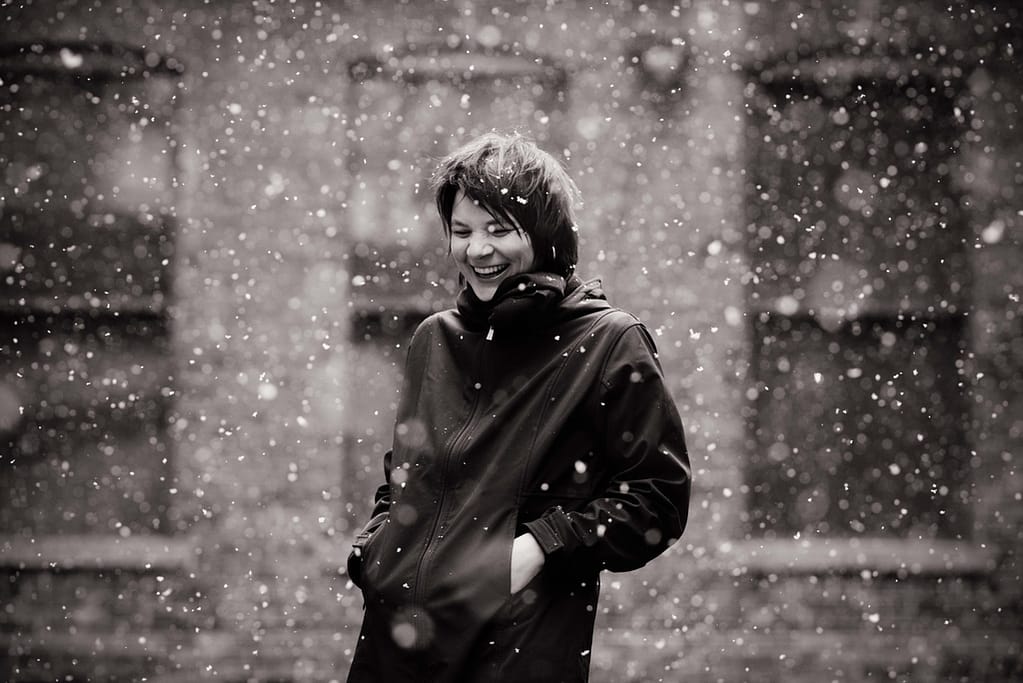 Liz Marshall. All photopgraphs for this story by Jo-Anne McArthur/The Unbound Project except where indicated

At one point or another, every animal activist has described their motivation as speaking for those who cannot speak for themselves. Filmmakers Allison Argo, Shannon Keith, and Liz Marshall are no different. Artists as much as activists, they are driven professionals, determined to use their voices to speak for the animals exploited and abused in a human world.

“I am inspired by causes that need representation,” says animal rights lawyer turned director and producer Shannon Keith. After years spent helping activist clients fight government harassment, Keith discovered that she too was known to the authorities. “I found out that I had been followed for years, my trash had been taken and I was on a terrorist watch list,” she says. But instead of giving in to the intimidation, “this only fueled the fire,” she says, the threat backfiring and increasing her desire to tell the stories of those fighting animal exploitation through activism. She founded the non-profit group ARME (Animal rescue media education), which, as well as taking on direct animal care & rescue work, addresses animal abuse and exploitation through producing documentaries. “The degree to which animals are exploited, abused and neglected is unfathomable and it continues because most people don’t know it exists,” Keith says of her motivation. “Documentary exposés are a great way to get information out so that individuals can take action.”

Talking with Argo, Keith, and Marshall, it’s clear that telling stories for animals comes with its own set of challenges, but that the passion each woman feels for the cause has allowed them to overcome the obstacles that have arisen in their careers. Though “career” was hardly how Allison Argo viewed filmmaking when she made her first documentary. “I knew nothing about making films,” she says. But then Argo encountered a silverback gorilla named Ivan on display as an attraction in a low-end shopping mall in Washington State. Seeing Ivan kept in isolation in these conditions, Argo resolved to tell his story, teaching herself the craft to be able to do so. “It took me three years to do it. After the film aired, the shopping mall was picketed and Ivan was sent to live with other gorillas. I’ve made films focused on animal welfare ever since.” Now a producer, director, writer and editor, she founded Argo Films to continue making documentaries that help animals.

I look for those who are struggling – for survival or freedom or simply for dignity and respect.

“I believe that most humans are inherently compassionate,” Argo says. “But if they’re unaware of the suffering of others, how can they make compassionate choices?” Educating audiences about the suffering of animals is evidently a passion for all three filmmakers, but the task itself takes skill. “To visually witness the truth head-on means showing violence and suffering, yet people turn away or shut down when confronted with these uncensored realities,” says Liz Marshall, director and co-producer of The Ghosts in Our Machine. “How do we convey the gravity without traumatizing the audience?”

We wanted to make a film that could be a bridge.

Marshall focused on the power of human narrative to help audiences connect with animals, but also strove to give animals agency by essentially letting them speak for themselves in her film. “The result in Ghosts is that there are some sentimental sequences and long observational sequences without talking.”

All three women highlighted connecting viewers to animal stories as one of the primary challenges they face as filmmakers fighting for animals. “Getting people to care about animal issues can be challenging,” says Keith.

And it’s not just the audience that’s hard to convince. “The industry has tended to trivialize the significance and importance of animal-focused films,” says Argo. “I have noticed an unfortunate bias in the film industry towards human-focused stories.”

But that’s changing. Argo, Keith, and Marshall all mentioned a shift in recent years, with both producers and filmgoers more open to viewing animal stories. And indeed, all three women have produced award-winning animal-focused documentaries that have generated considerable attention. Not only are today’s audiences more willing to watch films about animals, the breadth of topics available to the animal movement’s storytellers has been significantly expanded by the progress of recent years. As the movement to protect animals moves forward, so too does the art that reflects it.

Promotional poster for The Last Pig, directed by Allison Argo

Promotional poster for The Ghosts in Our Machine, directed by Liz Marshall

Marshall’s next project, supported by Canada’s documentary Channel, is a feature length documentary called Meat the Future, a film that explores the movement to transform conventional animal agriculture with the advent of “cultured” “clean” meat: real meat produced without animal slaughter. Marshall describes the film as upbeat and solutions-focused––hardly terms that have been traditionally associated with stories at the heart of the animal rights movement. Likewise, Argo’s newest project is also a story that offers a non-traditional narrative within the movement. The Last Pig is a documentary about pig farmer Bob Comis, who, after contemplating his life as a farmer raising animals he cared for but ultimately killed, decided to transform his farm into a sanctuary. “The film invites the audience to question their own ethics and connect the dots between what they eat and the sentient creatures on factories & farms,” says Argo. Keith’s latest work, Sanctuary, tells the story of the harrowing world of non-human primates kept in captivity and the incredible stories of the people who work tirelessly to free these animals and give them a chance at a life that is their own. More than two decades ago, Argo started her filmmaking career portraying Ivan’s plight in an effort to mobilize her community and offer him sanctuary; today, Keith has been able to base her own film project on just a handful of the countless activists now working to liberate and care for animals like Ivan. The momentum is tangible.

The best work is always done when there is passion.

These women are telling stories that need to be heard with voices that for too long went underrepresented. For years, the film industry lacked diversity and inevitably produced narratives from an overly homogenous perspective, but trailblazers like Argo, Keith, and Marshall are changing that. Keith’s experience as an attorney taught her to let her talent and drive do the talking. “There was a definitely a men’s club that tried to keep women out, degrade us, make fun of us, and otherwise do their best to make my job difficult, but it never worked. The best attorney typically won out in the end,” she says. “Winning awards early on… helped to establish me as an equal player,” says Argo, and she hasn’t stopped since. And while there is still work to do, the industry has quickly realized the power of diversity: “There is a big campaign now, all about the importance of the female gaze, and about gender parity when it comes to funding,” says Marshall.

The range of subjects available to animal-focused filmmakers in today’s world, and the angles with which they are choosing to portray these stories, shows a movement in full swing that needs artists more than ever. The success of documentaries like Blackfish and Cowspiracy have thrown issues affecting animals onto the mainstream agenda in unprecedented way. While documentary filmmakers were once constrained to using festivals and campaign events as platforms for their projects, they are now able to use the power of animal narratives to appeal directly to anyone with a Netflix account. Perhaps the greatest tool that animal activists have today is not a megaphone, but a camera lens. Argo, Keith, and Marshall are all turning theirs on the animals who need our help and on the activists fighting for them. Their efforts are shining lights into the corners of animal-use industries that, for so many years, have relied on darkness.