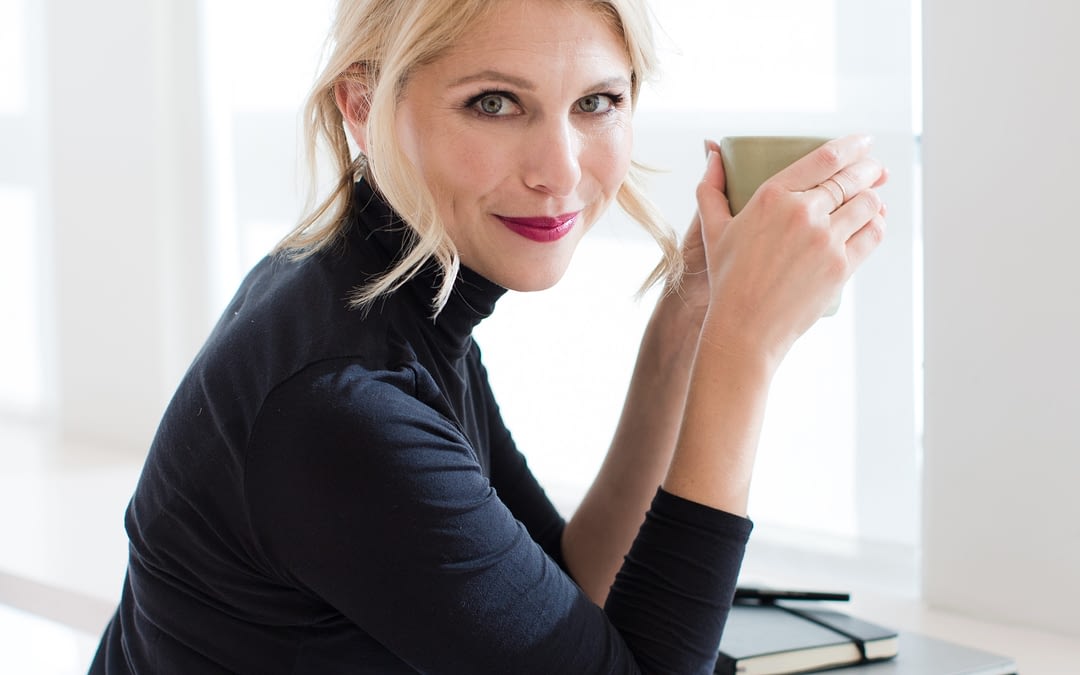 “Thinking of the biggest target that we can move the furthest.”

When Leah Garcés was in college, she wanted to be a veterinarian. She had grown up in the swamps of Florida and was fascinated by the wildlife in her backyard. She knew from a young age she wanted to help animals and, after watching PETA’s pioneering documentary “Meet Your Meat,” she became vegetarian at age fifteen. After completing college however, a mentor took Garcés aside and told her: “You don’t want to be a vet, because vets fix animals once they are broken, and you’re curious about the root of the problem.” He was right, she says. “My whole career after that was looking at pieces of the root, at all the ways we cause suffering on the planet.” It has been that desire, to get to the root of animal suffering that has led Garcés down an impressive path of animal advocacy, working with World Animal Protection, Compassion in World Farming USA, and today, as the first female president for one of the largest farmed animal advocacy organizations in the world, Mercy for Animals (MFA).

“You don’t want to be a vet, because vets fix animals once they are broken, and you’re curious about the root of the problem.”

By age 30, Garcés had travelled to 30 countries through her work overseeing global campaigns and programs for World Animal Protection (known then as World Society for the Protection of Animals). “Stray dog control in India, bear bile farming in China, stopping dolphins being transported from Fiji to Mexican dolphinariums,” she says, exposed her to animal exploitation on a global scale from early on in her career. But while she felt she was tackling important pieces of the problem, she still sought to dig deeper toward the true foundation of animal suffering. And today, Garcés says, her work with MFA is getting her there. “It’s the place where we can have the most impact, where I can do the most good, for getting to the root of that problem, of solving and ending factory farming, ending the exploitation of animals for food.” And at that root, Garcés explains, is a complex intersection of many social justice issues.

Garcés says her inevitable move to veganism was inspired by her three kids. “I went vegan because of them,” she says, explaining how it was through breastfeeding that she finally made the connection to the exploitation of dairy cows. “I thought, that bond that I had with my son was the bond that the mother and the calf have, and – what am I doing? This isn’t necessary.” She did have fears however, as so many vegan parents do, of social ridicule and closeminded pediatricians. But now, only a few years later, she says her perspective has changed. She says she considers herself as working to change that dominant narrative in society, “the more I come forward that my kids are vegan, and they are super healthy, and fantastic. It’s consistent with my principles and morals and values, and it’s very a natural thing for a kid to recognize and understand.”

Leah Garcés and her family.

True to that nurturing nature, for Garcés, the fight to end the exploitation of farmed animals also includes fighting to end the exploitation of people. By taking an intersectional approach to animal rights as a social justice issue, Garcés believes we can all gain both a broader picture of the suffering inherent in factory farming, and a stronger united voice to fight it. “Workers’ rights is a big area, and especially latinx women who are in the [US] processing plants,” she says. “Let’s call them what they are, they are slaughterhouses; they are violent and bloody and fast and cold, and the labour force that is there is being abused as well, and they can’t speak up,” she says. “They are also voiceless.”

“And that’s America’s favourite food, favorite protein: chicken. And it’s built on the back of these humiliations and abuses.”

Increased kill-line speeds in the US is one example of an issue Garcés says animal rights and workers’ rights activists can and should unite on. “Line speeds right now are sped up to 175 birds a minute. Not only is that horrific for the animal – a horrible death where they end up scalded alive – the women have to do these repetitive motions, where they can’t even leave to go to the bathroom. If they leave their station, the whole thing falls apart, so they wear diapers or pee in their pants, and that’s humiliating,” she says. “And that’s America’s favourite food, favourite protein: chicken. And it’s built on the back of these humiliations and abuses.”

Garcés takes a similarly intersectional and empathetic approach to her work with animal farmers and animal product producers. In September of this year she will publish a book entitled Grilled: Turning Adversaries into Allies to Change the Chicken Industry, which will detail her experiences working with farmers, suppliers, and restaurant chains to seek an end to factory farming. Listening to industrial farmers can be an important strategy for animal advocates, Garcés says. “At worst, you’re going to find out something that helps you with your movement. But at best, you’re going to find some common ground to build on.” Go in with the mindset, she adds: “that you don’t know who they are and why they made their choices, and that you need to learn that to solve the problem.” That’s how to get to the root, she says. “Why did a farmer make that choice to become a factory farmer? Go back and back and back, and we get to the point before they made that decision and tackle it there; which is poverty in rural America, and lack of job choices. So, we need to find jobs for them, and then they won’t choose factory farming.”

Garcés’ holistic approach to animal protection has also led her and the MFA team to now shift focus to include much broader targets. “Institutional change is the most important use of our resources and time right now,” she says. “Thinking of the biggest target that we can move the furthest.” So as Garcés and MFA move forward, their sights are set on putting pressure on companies and government, “to make big meaningful steps, that we can hold them accountable to and we can measure.”

Seeking to find what lies at the root of animal suffering has allowed Garcés to truly see the whole problem, to empathize with all individuals exploited by institutionalized animal cruelty, and to set her sights on the powers that be. As the first female president of one of the biggest players in the global animal advocacy movement, this strategy is set to have a profound impact.